Bodyweight exercise - Calisthenics - seems to be a growing trend in the fitness industry and I’m glad to see it happening! No longer are calisthenics moves just for junior high gym class or warming up before a “real” workout.

With progressions, bodyweight exercises can be challenging enough to humble even the strongest…and with regressions, they can be gentle enough for a beginner.

Why? Because they can be done anywhere, anytime, and most of them require full body tension, which works more muscles at one time – this also produces more functional training that can translate into everyday tasks, because that’s how our body works!

I like the fact that I can get a full body workout without having to go to a gym or buy expensive equipment.

The Humbling One Arm Pushup...My first taste of Progressing in Calisthenics

For me, it probably started with one arm push-ups.  Even though back in my Army days I easily knocked out around 80 regular push-ups in a minute, I never could get a one arm push-up – it just seemed impossible!

In 2007, I decided to tackle the one arm push-up again. At the time, I wasn’t going to a gym, I was only running and doing stuff like pushups, bodyweight squats and lunges.

Instead of trying the one-arm pushups on the ground, I leaned on an electrical box outside that was about waist high.  I was able to squeeze out about 10 of them.

I was amazed at how this move worked the WHOLE body so much more than regular pushups – your whole core has to tighten up to keep you from twisting and collapsing on your face!

Over the next few months, I worked up to about 20 one arm push-ups on that electric box.

It seemed to me that if I continued working on one arm pushups and gradually keep working to a lower height, I would be able to do them on the ground…and that’s what happened!

In 2011, I ordered the book, Naked Warrior, by Pavel Tsatsouline. He details in the book how to do one arm push-ups and one leg squats, also known as “pistol squats”.

Now I began having goals to do more and better one arm pushups, and getting better and lower pistol squats…this was a lot more motivating and fun than going to a gym and trying to lift a heavier and heavier weight!

He describes how he learned variations of all these in prison. He further develops 10 steps for each, beginning with the easiest variations for a beginner and ending with #10, “the Master Step” which is the hardest.

He has training goals for each step that he suggests you reach before moving on to the next harder step.

One Arm Pushup with Neuro Grip

In 2013, I was thrilled when I saw that Dragon Door (the same company that helped make kettlebells a household name) came out with a Progressive Calisthenics Certification course.

I signed up and attended the 5th class in Minneapolis, MN, in April 2014. I learned tons of new moves!

Instructors Al Kavadlo and Danny Kavadlo have added their own knowledge of bodyweight exercises to this course, and they have helped the calisthenics movement explode worldwide!

Why is that? Because people are discovering that bodyweight feats like the Human Flag, Bridges, Headstands, Handstands, Pistols, Levers, etc., are not only cool to look at, but they can be physically challenging and fun to learn!

What a concept…working out can be FUN!

So what are you waiting for?!? Add some spice and fun to your “work” outs.

Discover what your body is capable of doing! ENJOY the journey to better functional strength, flexibility and balance and weight loss with calisthenics.

Have your say about what you just read! Leave me a comment in the box below.

Return from "Calisthenics" to "Exercise Guide To Lose Weight" Home

Videos: Watch, Learn and DO IT!

Is Online Training right for YOU? Maybe...

Express yourself with cool workout gear for men and women! 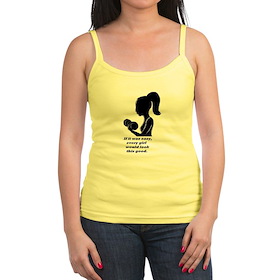 "If it was easy, every girl would look this good" by Wayne Salter
Find more womens & unique gifts at CafePress